In the Heartland of Kadmos: Excavations at Ancient Eleon in Beotia (Greece) 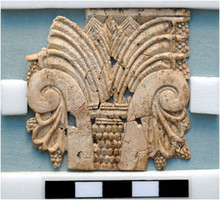 The results of three seasons of excavations at the acropolis of ancient Eleon in eastern Boeotia is presented. This project is a synergasia of the Canadian Institute in Greece and the 9th Ephorate of Prehistoric and Classical Antiquities and has revealed substantial architecture contemporary with the great Mycenaean palaces of the Aegean Bronze Age, and significant material dating to the period just after the great destructions of the famous palace sites. Also presented will be of material of Archaic and Classical date which demonstrates later Greeks were well aware of their Bronze Age pasts.